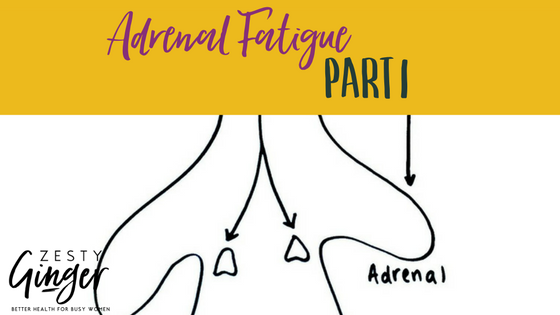 I have a relatively stressful job, I would say. I work as a intern at a small community hospital in preparation for my residency in anaesthesia at a university hospital.

My day generally starts at around four in the morning.

I get up. I shower. I eat breakfast and then pack a morning snack, a lunch, and then usually even dinner, depending on if I’m on call that day or not.

I use the extra time in the mornings to work on my blog.  After that, I hop in the car and drive to work, usually multi-tasking at the same time by listening to podcasts and voice recording some content for future posts.

Once I get to work, I sign into my pager and run to meet my team. We spend the first part of the morning discussing patients and creating plans. Then I go see my patients,  I write notes, put in all the orders, and talk with the attending physicians on the plan for the day.

After that, I make all the necessary phone calls that I need to make, like calling consultants and other specialists.  I make sure that everything—like lab tests or imaging that are appropriate for the patients—get done and follow up on the results.

I then run around again to see all my patients again in person to verify that they’re doing okay and to answer any concerns or questions they may have.  Additionally, I do things like talk to the social workers to have them help set up for home heath and double check with the physical therapists that the patients are set up to safely go home.

While getting all this done, I get lots and lots of pages.  So much so that the sound of my pager going off is a relative constant in my life.  It happens fairly often that I’ll hear the sound of a truck backing up or a microwave finishing and I’ll have a mini-panick-attack feeling around my waistline for my pager.

Let’s say I’m putting in orders and my pager goes off.

I take it off my hip and I look at the caller. I call them back and introduce myself:

That’s the pager going off again.

As I keep talking, I look at my pager and jot down the new call back number. I finish the conversation, write down all the orders that I’ll have to put in later, and then I call back the page that I just got.

That’s the next page.

And the cycle continues. The only time it gets worse than that is when you’re trying to go to the bathroom.  Obviously. It’s like people can tell or something.

While all this is happening, you’re often responsible for covering for other resident’s patients while they are in clinic and answering Rapids Response calls.

Being on the Rapid Response Team is when you’re in charge of attending to someone who is acutely decompensating on the floors.  The nurses call a Rapid Response which the operator announce overhead, and then you drop whatever you’re doing and run to see the person who is unstable.

When responding to Rapids, you usually walk into a room where there’s anxious family waiting.  You talk with them, see the patient, assess what’s going on, order any tests that you think you need, and interpret the results on the fly. You’re generally working with very little information and there’s not a lot of time to sit down and think.  It’s our job to remain calm throughout all of this, but it’s not exactly a relaxing way to spend your day.

On top of all these things, there’s always—just just like anyone else has at work—many personal relationships that that you have to manage.  Hospitals, not surprisingly, are chock full of tired, overworked folks and it’s not always easy to navigate those interactions. You always try to remind yourself not to take other people’s bad moods personally but it gets hard when your brain is already bursting at the seems.

And then just like anyone else, when you finally get off work, I have just a short period of time to take care of absolutely everything else going on in my life.

I try to finish all your paperwork, make the calls that I need to make, take care of my finances, go to the doctor myself, spend some quality time with family, and even try to get some sleep .  And all the time, I’m always kind behind on stuff.  For example, I was just 6 weeks overdue on renewing my contacts.  Not great for the eyes…but what can you do??

The thing is, I’m not saying this all as a way of complaining.

So why am I telling you all this?

I’m telling you this story because my experiences aren’t somehow unique.  Everyone I know is struggling to juggle stressful jobs, family needs, financial concerns, and health issues.

Everybody. And everyone can find something in my experiences to relate to.

This kind of lifestyle has become the norm in our hectic little world. And this has everything to do with the topic of adrenal fatigue and how we go about trying to manage and, ultimately, trying to heal ourselves from it.

But in order to try to manage adrenal fatigue, it’s first really crucial to understand the system that you’re trying to fix.  This allows you to think about the actions you choose to take in concrete ways in terms of what it is doing to your body. Example: if I drink this cup of coffee at 6 pm at night in order to stay up late and do work, what am I actually asking my body to do? And how will it contribute to the symptoms and manifestations of adrenal fatigue?

Luckily, the concept of adrenal fatigue can be broken down into fairly simple terms.

But to understand the disease state, we first have to cover what is normal.

You can see the parts of this system in my illustration below. The hypothalamus is a region of the brain, the pituitary is a little dangly structure below the brain, and the adrenals sit on top of your kidneys. In order for this system to function properly, the organs need a way to communicate with one other.  Like the rest of the body, these organs send out signaling molecules into the bloodstream and each has receptors that can “hear” messages from all the other organs.

While this systems of messanging is incredibly complex, there are just a few molecules that are particularly relevant for our discussion of adrenal fatigue.

Let’s start at the level of the hypothalamus. The hypothalamus is responsible for assimilating all the signals in the body that there needs to be cortisol production. This can come from the central nervous system, the immune systems, and a whole bunch of other messangers that regulate homeostasis in the body.

In the response to all of this, the hypothalamus releases a  messanger called corticotrophin releasing hormone (or CRH, for short).  Corticotrophin releasing hormone travels to the pituitary where it and, again, a slew of other messangers stimulates the release of adrenocorticotropic hormone (or ACTH).  Adrenocorticotropic hormone than travels to the adrenals and encourages them to make 3 important types of hormones. All 3 groups of these end products go back to exert effects on the hypothalamus and pituitary as a way to regulate their further production and to create balance in the body but in this regard, cortisol is esepcially important to our discussion.

How The Normal Breaks Down

Ok, so now that we know how it’s all generally supposed to function well, we can talk about this system can break and effect other parts of the system to create general disrepair in the body.

When the hypothalamus is constanstly getting the signal that there needs to be more cortisol from all the systems in the body, it’ll start to send out more and more corticotrophin releasing hormone into the bloodstream.  Generally, this is a good thing since, let’s say you’re about to get into a car accident, cortisol and all the other “alert-signaling” messengers and modulators will be activated and help you get out of the situation safely.

When this cortisol-stimulating signal is chronic and unrelenting, the adrenals will attempt to produce more and more of it (they’re helpful like that!).  At first, the hypothalamus will try to down-regulate the production of CRH in response to increased cortisol production, but as more and more other competing signals urge it to make more cortisol, it starts to get confused.  This means that cortisol no longer gets to give it that negative feedback signal (this is one example of a phenomenon called “cortisol resistance”).

What would you do in this case? You’d probably find the person who had the most important message and focus on them.  In the case of the hypothalamus, it’s going to focus on the signals coming in that keep you safe and alive.  That means that the signal from cortisol saying, “Hey, we’re good here” is going to go by the wayside. The control of cortisol over its own production is lost and the system begins to lose balance and there is a chronic increase in cortisol in the body.

From Hyperfunction to Hypofunction

Eventually, however, your body begins to struggle  with upkeeping that volume of cortisol production.  (At this point, there will dysfunction in the normal rhythms for cortisol release. That’s why people with adrenal fatigue commonly complain of feeling wired at night but dog-tired in the mornings.) In this case, the body starts to sacrifice the production of other, seemingly less important hormones to keep up with putting out cortisol.

Remember how we talked about 3 types of hormones made at the level of the adrenals? They were glucocorticoids (cortisol), mineralocorticoids (responsible for salt regulation), and sex hormones.  Well, since the body doesn’t like to waste energy, those 3 types of hormones have common precursors (an important one here is DHEA).  So it looks like this: But when the body is struggling to output cortisol, it’ll shuttle the precursors away from the production of sex hormones and, to a much lesser extent, the mineralocoids to make more cortisol instead.  Like so: This is adrenal fatigue.

Note: you can go directly from normal to hypofunction as well, especially if you have specific diseases such as Addison’s Disease, but it’s not as common.

However, for the purposes of our discussion, I’m going to lump the hyperfunctioning state of the adrenals into our discussion of adrenal fatigue because you can clearly see that this is all along a spectrum of disease state…and the earlier it is in the disease progression, the easier it is to reverse the process, in my opinion.

Now, there is often a problem with terminology when it comes to talking about adrenal fatigue.  This is because people tend to lump both the hyperfunctioning and hypofunctioning states into the term “adrenal fatigue” like I’m doing here.  Like I said earlier, it would have been much clearer and more accurate when it comes to pathophysiology to call this syndrome hypothalamic-pituitary-adrenal dysfunction…but that’s kind of a mouthful, so adrenal fatigue is the term we’re all currently stuck with.

The End of Part 1

So by the end of Part 1, we’ve set up what adrenal fatigue is pretty well.  In the next several posts, we’ll go on to discuss how I manage my adrenal fatigue on a lifestyle modification basis, as well as some more specifics on how I think about the diagnosis and treatment of adrenal fatigue.