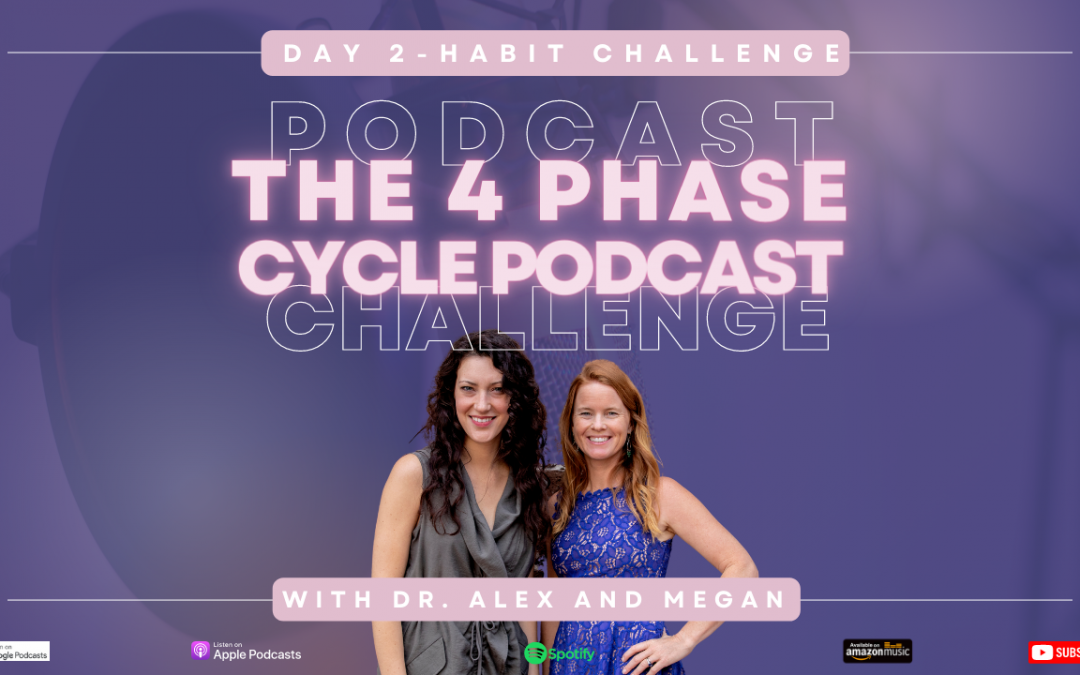 In this episode of the effortless brain-based habit change series, Megan continues to share more about her story of being stuck in the cubicle and how she possibly wanted to break her arm to get out of it. In this episode, Dr. Alex and Megan are here to help us achieve compassionate transformation around our emotional body, mental body and spiritual body.

Follow through with this podcast as Dr. Alex discusses more about fragmentation and how she and Megan share resources and insights so you don’t have to go through the same path and so that you can go a little bit faster and achieve what you want in life.

Are you ready to experience compassionate transformation? One person is going to win $500 for fully participating in the Habit Challenge so make sure you’ve signed up and joined the effortless brain-based habit challenge at https://www.zestyginger.com/habit/

Hi there, everybody. Welcome to part two of our series.

Alex and I are here together. So this is the effortless brain based habit change series. And hopefully, you listen to part one, because this is the kind of thing where you gotta go part one, part two, part three, part four, Part Five, the lower bound for my solo series, a lot of you responded that you understood why you need to go in order. So this also would be great if you went in order. So go on back. And if you’re just jumping in here, and you didn’t even know we were in a series, there is a workbook and there is a place to opt in for that where you can get the details at zestyginger.com/habit , I highly suggest going there grabbing the workbook, which is going to help with your transformation. And we also have a very cool $500 cash prize happening for one person who turns in the workbook by Sunday. So go check that out and get the details link is also in the show notes. All right, so day two, we are here in this world. And we have decided what we help women with is compassionate transformation. And the idea that healing comes from wholeness. So remember how I mentioned that I felt stuck in that cubicle? Well, I’m going to share more about that later today. And in this cubicle, I felt so stuck that I wanted to possibly break my arm to get out of to get out of it, to get out of regular nine to five life to get out of all the things I felt I needed to do. On top of being a mom. And it’s so fascinating. Because when someone let’s say I had, I’ll just jump to the end, I didn’t break my arm. Luckily, let’s say I had broken my arm, when someone has a physical injury, and you can see it and there’s a cast, and there’s something on the outside of them that shows they’ve been through a struggle, they’ve been through a trauma, they’ve dealt with something tricky. We’re very, it’s very easy for us to have awareness of this and for us to jump in and help people and to give them compassion in their transformation in their healing, to give them some space to give them resources to help meet their needs to heal. And yet, let’s say you went through something that was just as rough. And this was just as rough. But from an internal place. This caused a lot of trauma. But on the inside, no one can see that you have a physical broken arm. We are here to not only help women transform in the physical plane and their physical body, we love for you all to have amazing hormone health and great skin and hair and your cycle to be smooth and your heads to feel amazing and never have any pain. We’d love for that. And we are here for helping with the compassionate transformation around your emotional body, your mental body, your spiritual body, the things that maybe can’t be seen things that took a hit early on or took a hit recently. And there, the the resources, the compassion, the space is still necessary. Even though you don’t have a cast, we wouldn’t expect someone who had the same level of trauma or or pain, or struggle or injury to jump up, you’re not running up to the person with a broken arm and saying, Hey, let’s be done with this. That was a week ago. You’re giving them time. And we are here to also give you time and space and resources to heal to get to the place for you to heal yourself for your body to do what it needs to do. Because healing we believe comes from wholeness, wholeness, and we believe that we can help speed things up for you. That’s also part of our mission. Because, unfortunately, and fortunately, Dr. Alex and I have both been through some rock bottoms and some personal struggles. That led us to a lot of insights. Luckily for you, we’ll share those insights so that you don’t have to go through the same path so that you can go a little bit faster. And we can have a little more compassion and then a lot of compassion, because we’ve been through it.

This happens a lot. Ramin? Absolutely, where we get going, we pick the thing we’re doing, we’re all on board, and we’re even doing it. And sometimes what happens, and we know this game, well see if you can relate, most people can. So I challenge you to do so is that, you know, I’m doing the business. But I really can’t reach out to that person to make a connection. They’re big, who am I to do it? Or I Yes, this, this is the time I’m going to have endometriosis surgery, I’m going to do this plan. I’m working with this provider that I really align with. I love the framework and the plan that they have set with me I understand what it is, and then says, how about you never stick to diets? And, of course, who’s going to feel good about themselves with that as the background? How empowered how motivated is someone to start the diet, continue the business, do the hard stuff, have the failed launches? And keep going when your own brain says? Who are you to do this? Who are you in the world? You are small, and the world is big. And there are so many beliefs that really are an extension of that. And if you’re listening along and saying, Yeah, I know a lot of this equation, I’m really here. I’m here with you guys. But man, I tell myself, I’m going to do it and I’m not going to do it. Come back tomorrow. Tomorrow, we’re going to talk about this tomorrow is where we begin to see how to really get the stuff out of our way. Because it’s I’m going to spoil the surprise for you. It’s not actually in your way, come back tomorrow to hear what that means. But those things that you think are in your way are there for you. And we’re going to explain that not from a you should love your traumas, you should be thankful for abusers and none of that it says I am here to become who I intended to become and who I choose now to become. What does that look like? Not from somebody else but from you yourself? We’re going to break that all down. So come on back.