Day 4 Habit Challenge: Venting and B!tching is A Sign You Are Stuck 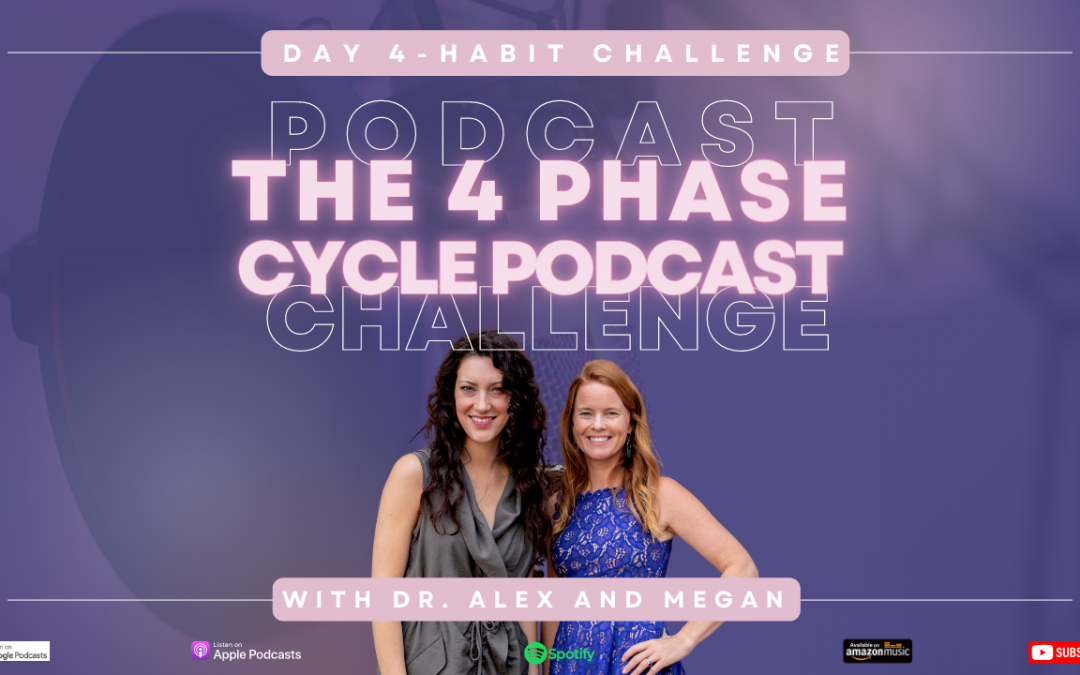 Continuing on to day four of the effortless brain-based habit change series, Dr. Alex and Megan talk about what happens with habits. They also talk about core principles and some core ways of being that will really help you figure out what you want your identity and what you want those habits to be to work towards that identity. In this episode, Dr. Alex and Megan also discuss the most common patterns that keep people stuck in life.

Are you ready to experience compassionate transformation? One person is going to win $500 for fully participating in the Habit Challenge so make sure you’ve signed up and joined the effortless brain-based habit challenge at https://www.zestyginger.com/habit/

Which just seems to be one of the most common patterns that keeps people stuck and really kept me stuck. I recognized that. I was telling my story over and over to people who would agree with me Like, that’s really bad thing happened to me, or my body’s really not acting the way I want it to. And I would tell that story to them to the people who I knew would be like, Yeah, you’re right, those people are horrible or your body sucks, right? Like, they’re gonna agree with you. And you feel better momentarily. sharing that. And then, at the same time, you’re actually just securing more and more of that belief in your subconscious. So we had Dr. outs, and I have deals with each other about venting and about, if we’re going to do it, we’re going to actually be doing some physical tools to release some things, something, some tools that actually Dr. Alex will probably be able to give you a little, little tip for on tomorrow’s episode.

Sure, I think we promised it.

So there’s, there’s a not a rule that you can’t ever do it. Because you know, we don’t like the rules. And there’s a way that we allow each other to do it in the most effective way. Right? And then also, what are we? What are we talking about continuously? And what are we who are the people around us? What are they talking about? What patterns have we gotten into with them? Right? Maybe I had a pattern with my husband, I would come home and then dump the day instead of just like, hey, what’s one good thing that happened? So this shifting this, this small pattern of venting, drastically shift what I saw showing up in my life, because I wasn’t focusing all my energy on the stuff I didn’t want,

right? Because venting and bitching, is a beautiful way to meet the need of significance, right? It’s such a beautiful way to say my thoughts matter. And here’s why I’m upset about what happened. Right? We’re making a case, often for why we are doing what we’re doing, and why what’s happening doesn’t fit the bill. And, therefore, it’s not the expression of that. That is necessarily the problem, I have Megan, I still share authentically what’s actually happening in our life. But when it comes to eventing and fishing, we no longer choose to get significance in that way. That’s not our significance comes from doing this, we are doing what we’re here to do in the world, we’re being of service, we are pursuing our own transformation, we are becoming more and more who we are proud to be, and can really stand on and back. And therefore understanding that we were using that to get significance, identifying it, and therefore applying and finding more empowering ways to do it really meant that the venting and bitching. I don’t know, Megan, you and I didn’t really focus on that, right? That wasn’t where I tension line, we really said, What is the way that we want to meet those needs? What are the ways that we want to move forward. And as a consequence, we started talking, our conversations were just about more powerful things. They were simply more, I mean, quite frankly, fun, right? Because we’re not rehashing the reaction that we’re having to the world, we are setting the tone who we are intentionally unconsciously becoming, and that feels way better to begin with. And when we don’t get our needs met from old habits anymore. We don’t go back to them as much because we, quite frankly, the brain is smart. And if you don’t get the same level of juice from something, there’s less and less incentive for the brain to say, oh, there’s that dopamine hit, right. And it just begins to shift focus. And so asking these questions, and really understanding where you’re coming from these with these things, you can actually focus your energy and much more powerfully on the things that will work for you. And that do guide you into a better direction. Which is so fun.

Yeah, absolutely. So one thing to watch for is every time you go through a thing like this, and you shift to a new identity, like my dad, right, comes out on the other side, he’s up, leveled, yells all these habits and play a new identity. And there’s this amazing evolution process and the tricky part though, in this process, is if you don’t know what is actually happening in your brain and the neurology when you up level, you may start to experience some pushback, some setback, some fear, and this may Have you come to the incorrect conclusion that you’re not on the right path? who’s experienced this, though? A lot. We want you to come back tomorrow so we can help you understand how to know when you’re on the right path versus when you’re not on the right path because there is this push back. That’s a part of the process and often we’re jumping ship just we’re so close. So close. So close. Alright,

especially if you related at all to the Quit two inches from Golden episode.

Right? Absolutely. Absolutely. All right. Thank you all for being here. And you’re so close. We will see you tomorrow.