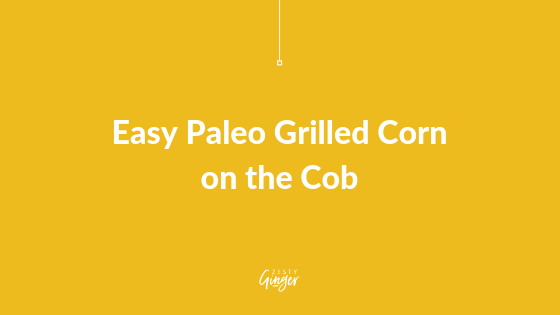 Lazy afternoons and good food just go so well together, don’t you think? Which is why I try to avoid getting stuck in the kitchen making some intricate recipes when the rest of the clan is outside having fun.  This corn on the cob recipe has minimal hands on time so that you can have an easy to side to an equally uncomplicated grilled chicken recipe.  But don’t let the simplicity of it fool you: I think this may be the only way I make corn from here on out because it ended up being amazingly delicious.

1. Take the whole ears of corn and place them into a large mixing bowl.

2. Pour enough water into the bowl to completely cover the corn and let soak for 30 minutes. (You’re doing this so that your corn doesn’t burn as you’re trying to grill it.)

3. Remove the husks and stringy bits from the ears of corn.

4. Take a square piece of heavy-duty aluminum foil (or 2 sheets of regular foil) and place an ear of corn in the middle of it.

5. Using a basting brush, coat the corn entirely with the melted butter.

6. Sprinkle the corn with several pinches of salt and then wrap tightly with the foil.

7.  Repeat for each ear of corn so that it’s prepared and wrapped individually.

(8.  The corn will be ready in 20 minutes so if you’re cooking meat on the grill, start cooking the corn when you’re about 20 minutes from the meat being ready.)

10.  Remove the corn from the grill, unwrap from the foil, and serve.

This corn doesn’t really need anything added to it but you can serve with more salt, pepper, and butter if you’d like.