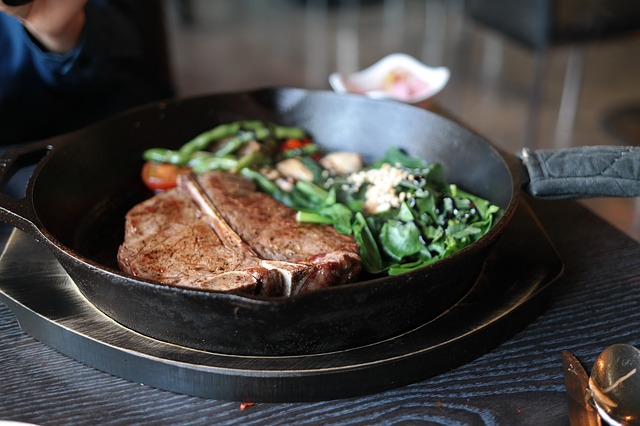 I found out recently that Hereditary Hemochromatosis, an iron overload disease resulting for a genetic mutation of the HFE genes that govern iron transport into the body, runs in my family.  Since it is a problem with the body absorbing too much iron (without a good mechanism for elimination), our doctor told my affected family members to focus on staying away from “iron-rich foods” in addition to routine blood draws.

But with all the food choices out there, I started to feel like there should be a more clear-cut approach to how much iron certain foods actually have, especially when it comes to meats (this is because heme iron is much more bio-available than the iron found in vegetables).  In my internet searching, however, the lists that I found were incomplete and the different lists used disparate units which made them quite difficult to compare. Considering that it’s not an uncommon disease and that other people may be wondering the same thing I was, I decided to put together as comprehensive of a list as I could (it’s still far from perfect, I know) of the iron content in commonly eaten meats and seafood.  (This list has a slight paleo/primal slant since I included some wild game and organ meats that aren’t often eaten in the general population.)

I’m hoping that it will help guide families with Hereditary Hemochromatosis to figure out what types of meat (and how much of it) they can safely consume given their individual health state.  (Note: Please always work with a qualified health care professional on such important issues…iron overload is a serious health concern.  Also, you won’t be able to tell how your body is responding to dietary changes without concurrent blood tests and messing around blindly is, in my opinion, outright dangerous.)