The Series of Possibility Episode 8: The Boundary System that Works 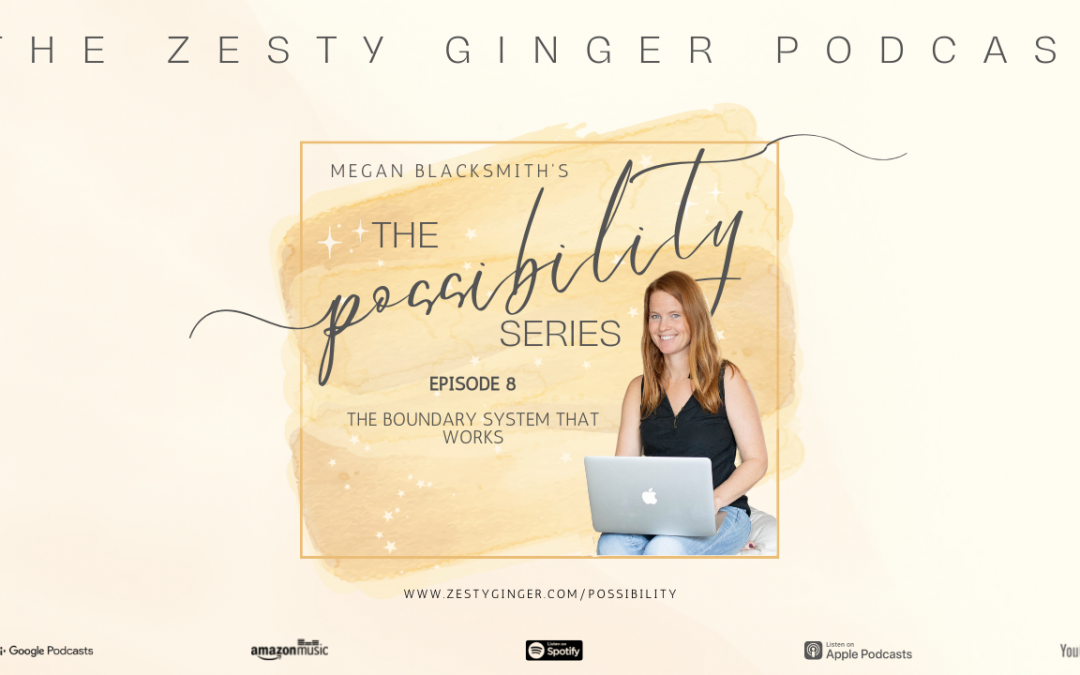 In today’s episode, Megan talks about boundaries. She talks about how important it is to have boundaries around humans and ourselves and how this is a very important key to possibility in our minds and a new identity.

Get 15% off of your favorite supplements here! http://zestyginger.com/fullscript

Dr. Alex Golden
Welcome to the zesty ginger podcast. We are Megan and Dr. Alex. We are here for transformation. Yours, ours and the collective personal and professional for practitioners. But not just any transformation, compassionate transformation. Because between the two of us, we have seemed to have done things that the painful way. Let our pitfalls become your stepping stones. We aren’t afraid to share our raw and vulnerable truths in order to help you transform your thinking, your body, your heart and your soul. Combining 15 years of functional medicine, with brain based habit change to lead you to the best life possible in a compassionate way. Compassion, yes, yet plan to roll up your sleeves. transformation requires your participation. And a quick reminder, this information is not meant to diagnose, manage or treat disease. Always consult with your doctor, not this doctor before making changes. Now let’s get into the episode.

Unknown Speaker
Aloha, this is Coach Katie, I have been able to bust through all of my doubts and level up to be the person that I said I wanted to be, and doing all of the things that people would normally say that, Hey, you can’t do that. And that I’m doing it all. So I started as a health coach, and you may know me from working with zesty ginger here and there. And I said, You know what, I want to be a naturopathic doctor. I have a business degree, not a pre med degree. And it’s been 12 years since I’ve been in school. So there was a lot of doubt. I leveled up with all of the tools, and all of the visualizations and everything that as St. Ginger says about changing your mindset and reaching your goals and busting through doubt. That’s what I use to get where I am today. And honestly, I have no idea where I would be without it. It’s absolutely fantastic. I’m getting chills just thinking about it here.

Megan Blacksmith
Thanks for coming out to hang with us on the podcast. It is our goal to transform the way women are treated in healthcare. And we need your help. We need your help to get the word out. We have a lofty goal of 1 million downloads. And we know that as this podcast grows, we’re going to be able to reach more women get more amazing speakers for you and bring the most cutting edge information.

Dr. Alex Golden
If you found these pod classes helpful Please take a moment to text five women you know the link to the series we appreciate your help so much can’t wait to see you next time