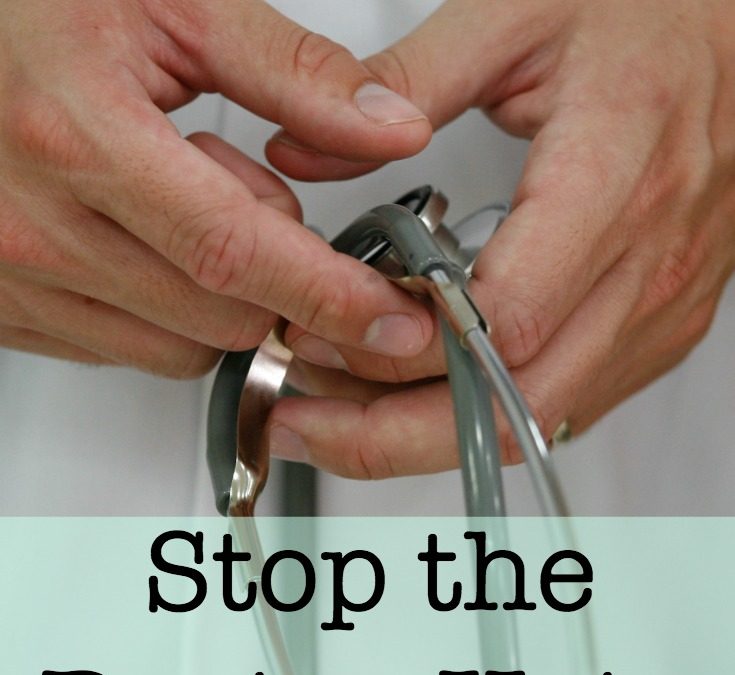 And Why It’s Dangerous for Everyone

I love the paleo community. I love how much the people that are part of it are invested in their health and are willing to put so much effort into taking care of their bodies, the environment, and each other.

But I’ve been seeing an idea circulate for a while now that I think it really negatively powerful and, I believe, harming people’s health outcomes.

The idea I’m talking about the constant hate talk about doctors.  Sure, I’m a doctor so one could say that I’m just bitter about the subject and my ideas don’t matter.  And yes, I’m sure I care more about this topic than someone who isn’t a physician…but I do believe this isn’t a topic that should just be blown over and swept under the rug.  The topic of doctor hate is an important one and I’m going to use the rest of the post to illustrate why I believe that is. I was talking to a friend a good while back and she was telling me all about this amazing vacation she took to a bed and breakfast in Mexico with her husband.  She told me all about how she found this haven of a spot through a friend, found out more by using airB&B, confirmed its awesomeness through TripAdvisor, and spent “a whole bunch of hours looking on the internet to hear what people were saying about it”.

Much later in the conversation, we started talking about a chronic health problem that she’s been struggling with for a years now.  She was telling me about how the few doctors she’s been to have “not helped her at all” and how “they must not know anything about this condition.”

I then proceeded to ask her how she found these doctors.  Her reply? “I just found a doctor closest to my work.”

Upon further thought, I realized that this I believed this phenomenon is actually pretty common.  So I started asking the people I came across questions related to this topic.  The majority of people, I was finding, would admit that they spend more time Yelping the restaurant they’re going to this weekend, the car repair shop they want to take their vehicle to, and the spa they’re going to get their massage done at than looking for a doctor.

Sometimes I would probe further, especially if they had a chronic health problem, to find out if they had:

More often than not, the answer was that they hadn’t. A few would have done one or two things on that (not-exhaustive) list of options.  Some had done several things to find doctors…and it usually correlated with having a more positive experience (“Actually, that’s now I find this one doctor who found out I had [insert finding] and I do feel better with it.”)

Exception Note: Of course, there are people who are exceptions to this rule.  I personally know people who have gone above and beyond in their search for a doctor and still haven’t gotten the help they need.  For those people, I sincerely say I’m sorry.  I’m sorry to hear that you’re still struggling and that the medical community has been so unhelpful for you.  I’m not minimizing these occurrences through this post.  But I am saying that many people who generally complain, don’t fall under this particular category.

The One and Only

The other thing I see so commonly is that many people want to find one health care provider that will take care of all of their issues at once from many different angles.  Unfortunately, our health care system is one based on subspecialties.  This applies for both doctor specialities but also just the entire health care group at large.  Doctors aren’t taught all the things physical therapists, nutritionists, chiropractors, etc, etc know and, quite honestly, there’s no reason that has to be the case when we’re supposed to work in a team setting to get things done.

This idea isn’t so foreign when you’re talking about scenarios such as remodeling your kitchen.  Most people don’t expect to hire one person to individually take care of everything.  Instead, they often hire a contractor to manage a team of people to get the job done safely, based on everyone’s areas of knowledge and strengths.

For my chronic health problems, I personally have a reproductive endocrinologist, an integrative family medicine doctor, an acupuncturist/TCM doctor, and a physical therapist.  They all work together and I learn something very important, but different, from each of them. (Bonus: once you’ve found someone you like in any area, it becomes easier and easier to get recommendations from them of people they love to work.)

Doing so undermines the entire health system at large.  By instilling the idea that certain areas of specialties are incapable or unimportant, it decreases the chances that people who really need health help will get the treatments that they really need.

For a second, let me quote the words Maya Angelou: “Hate. It has caused a lot of problems in the world, but it has not solved one yet.”

In the health care community, I believe these are some very accurate and important words.