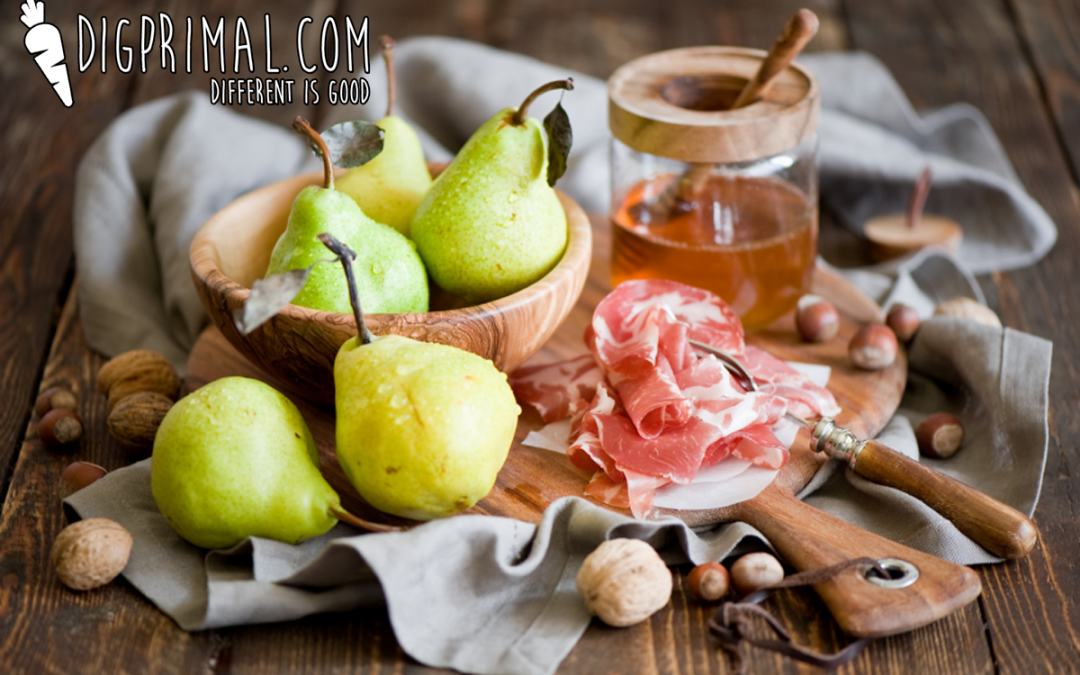 It seems as though most people don’t have too much trouble figuring out how to switch over to big paleo meals.  But snacks seem to be a lot harder to swap out.  After all, most of us are used to throwing some Goldfish and granola bar into your bags and hitting the road (with a scheduled sugar crash later, of course).  But what are you to do when you need a whole-food, healthful snack on the go but don’t want to cart around a couple of ice packs?  This list is here to help.

Note: I’ve linked to the bundle packs for most of these products because I find it cheaper to buy it all in bulk…not mention, I don’t have to worry about running out for a while which saves me a lot of stress and grocery trips later on.

These are some of my favorites from snacks. I absolutely love that the ingredient lists for these guys are so short (usually just a couple of whole-food ingredients!) but taste amazing.  They’re fairly high in fat and calories for their size so I stay pretty full for a couple hours from eating one.

Epic bars are some of my favorite way to get grass-fed protein on the go (second only to the meat sticks you’ll find below)…especially because they’re filling enough that I can call it a meal by combining them with a couple of the other snacks you’ll find on the list.  They’re a bit on the expensive side but I always compare the cost to what I would buy if I bought lunch at a restaurant and it makes me realize they’re well worth the money (heck, they’re even healthier than what I can find at the cafeteria in the hospital where I work!).

Guacamole is one of my favorite snacks because it’s so incredibly filling while being super delicious.  I could dip pretty much anything in guacamole and think it’s good but plantain chips are an extra good, easy transportable option.

I love keeping an assortment of nuts on hand because there’s nothing easier than grabbing a handful and sticking it in a ziplock bag to have a good source of calories, fats, and even some protein on the road.  To be honest, I can’t personally eat very many before I run into stomach problems but I find that when I combine a small portion of nuts with either an Epic Bar or a couple meat sticks and some veggies, I stay full for hours.

A more exciting version of #4, paleo granola is a phenomenal snack while running around because you can tailor the fat, protein, or carbohydrate proportions to your liking and energy expenditure needs.

No snack list would be complete without the original, high-protein paleo snack! Quality beef jerky is fairly easy to find and is even super easy to make at home (which, of course, makes it cheaper).  It also comes in many different flavors which means you don’t have to feel like you’re eating the same thing over and over.

Eggs don’t have the longevity of some of these other snack foods…but if you’re not venturing out for too long but know that you’ll need a snack along the way, these are a great choice.  It literally takes minutes to make a bunch and store them in your fridge…then just stick them in a tupperware or a ziplock bag and you’re good to go!

Grass fed beef sticks are a favorite in our house. They’re absolutely delicious and are so incredibly filling.  At work, I often don’t have time to eat but I can often scarf down a couple of these on the run (ok, I know it’s not good for digestion to scarf anything but when you get a minute to eat, you eat!) and not feel like I’m dying for food all afternoon.

This is an unusual snack food, I’m aware, but I feel amazing when I incorporate a spoonful of coconut butter into my snack rotation regularly. Not only does the fat content keep me full for hours but I also feel like it generally helps to soothe my belly throughout the day (my gut is so finicky!).  A jar will last me for over a month which makes it a pretty economical snack option.

Another great option for getting in some protein and fat, Sunbutter is an amazingly delicious with some apple slices.  This snack is often a little too sweet for me on its own but I love it after an Epic Bar or a couple meat sticks.

While this isn’t a popular snack recommendation, I’m here to tell you that a can of Wild Planet sardines/tuna has saved me for hangrily putting my foot in my mouth on more than a few instances. (Read this post on why I get the Wild Planet brand.) Undoubtedly not the best snack option for crowded spaces, both are an exceedingly great source of omega 3’s, calcium and vitamin D, and protein which makes them well worth the weird looks you may get!

This snack requires a bit more planning ahead but it ends up being cheaper than some of the other meaty options.  I simply buy sliced prosciutto or turkey from store and wrap the slices around bits of avocado (I usually cut the avocado in about 8 slivers).  I will divvy up the wraps and place them into tupperware or ziplock bags so that they’re ready to go when we’re running out the door.

While banana chips aren’t quite as substantial as some of the other snacks on this list, they’re worth noting because of their easy transportability and their versatility (not to mention, sometimes you just want something crunchy!).  I like to either eat them on their own or dip them into either coconut butter, almond butter, or sunbutter.

This isn’t the most imaginative recommendation but I thought it was still worth putting on here.  My favorite carry-along fruit options include an apple, banana, pears, or a tupperware of grapes (berries are phenomenal but so delicate that I don’t ever bring them along).  You tend to have a couple more veggie options and my favorites include sliced peppers and cucumbers, as well as cherry tomatoes (I know they’re actually fruit but whatever), baby carrots, and radishes.  Dip the veggies in some guacamole for some extra calories!

I love olives as a quick healthy snack because the saltiness always hits the spot when I’m hungry and there’s enough fat there to keep me satiated for some time.  They make snack-packed sized containers of black olives now (I find them at my local grocery store) which is super convenient…though I have been known to throw a full bottle of olives and a fork in my bag when I don’t have any other snacks handy.

And I decided to throw in an extra snack item:

Just because you’re on the road, doesn’t mean that you can’t have something healthful and sweet! I sometimes like to top off my meals-disguised-as-snacks-when-I’m-too-busy-to-eat with a piece of really dark chocolate.  Life is short, you know?