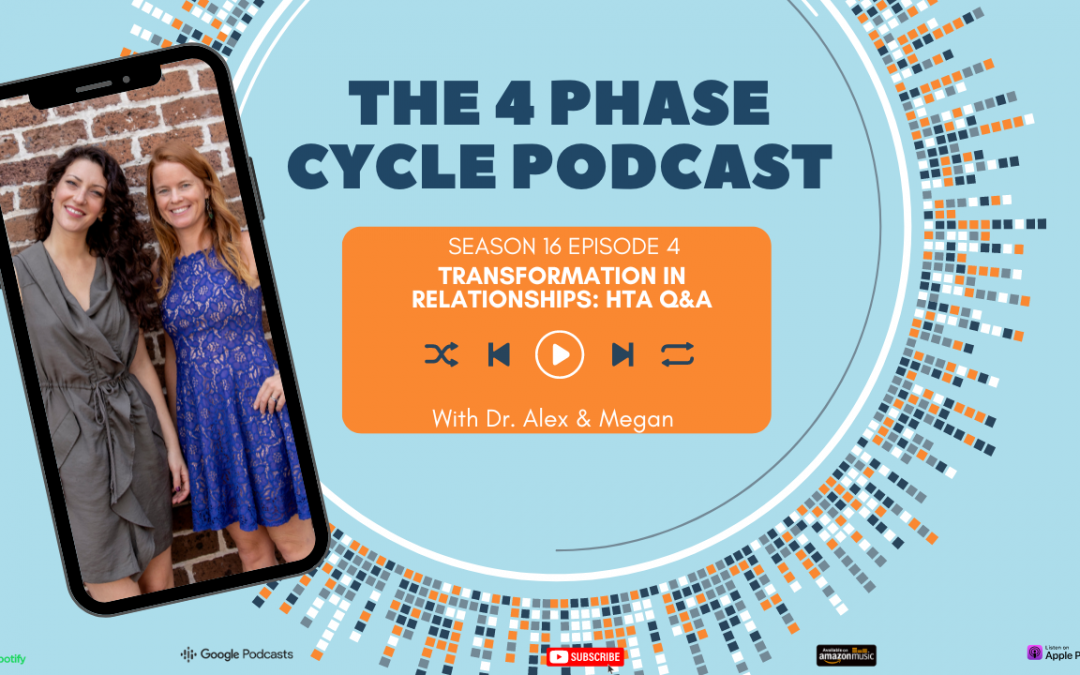 In today’s episode, Dr. Alex goes through a Q&A with one of our amazing Health Transformation Accelerator students, Kristen.

In this Q&A, they talk about moving through limiting beliefs, the importance of self-awareness and expectation management and breaking out of the patterns of anxiety.

Dr. Alex Golden 0:00
Welcome to the zesty ginger podcast. We are Megan and Dr. Alex. We are here for transformation. Yours, ours and the collective personal and professional for practitioners. But not just any transformation, compassionate transformation. Because between the two of us, we have seemed to have done things the painful way. Let our pitfalls become your stepping stones. We are afraid to share our raw and vulnerable truths in order to help you transform your thinking, your body, your heart and your soul. Combining 15 years of functional medicine, with brain based habit change to lead you to the best life possible in a compassionate way. Compassion, yes, yet plan to roll up your sleeves. transformation requires your participation. And a quick reminder, this information is not meant to diagnose, manage or treat disease. Always consult with your doctor, not this doctor before making changes. Now let’s get into the episode.

This is your time for q&a. So I’m here for answering questions. Whatever you guys want to talk about, we can talk about.

Kristen 1:16
But, um, so I’m noticing well I have I’ve known this that I have a lot of limiting beliefs or decisions, judgmental thoughts about my husband. And I’m not to the point where I feel like they’re neutral. Like I’m also judging myself for, for feeling that way for not being able to just like let them go. And I was rewatching the or watch the replay from the class this week. And you mentioned how like, sometimes we can be hardest on the people that were closest to and like, not show up as are like, for me, I feel like I don’t always show up as my best self. For him. Like he gets kind of like the leftovers. And so I was just curious, like, I want to work towards to support my goal, I want to work towards clearing some of these limiting decisions and beliefs. But also like honoring the fact that I think that this way for a reason. And some of these are like little it’s like little stuff that they like add up, right? So then it becomes like, a feeling of being annoyed or like not really wanting to like be present and listen or whatever. Because I’m just like, I don’t know, but I’m just curious, like, what would your suggestion be for moving through some of those I’ve thought about just trying to like keep a running list and then doing like the four questions, maybe till I can like get past each one. But I feel like I’ve kind of been trying to talk myself through these for a while and like, move through them and, and focus on all the good because there’s so much good, but I tend to want to, like, look at what is I wish was different or whatever he’s doing that’s bothering me or whatever.

Dr. Alex Golden 3:10
Yeah, great, great topic to bring up because this is layered and complex. So because you brought up a lot of really good stuff. So let’s, we’ll start unpacking it on my ask you to kind of like re prompt me. So I make sure to hit up all of the layers, but okay, yeah, with, with relationships, and we’re essentially just saying, there are all our mirrors, and they are mirroring back to us who we are and how we’re being. So it is absolutely true that our closest people are also our most powerful mirrors. And while that is a lovely thing that comes with significant challenges to so as a double edged sword for sure. Which is why it’s so easy to feel like we’re not at our best with them. And you know that with that let’s talk about expectations in general in relationship because of that, right? Overarching Lee, my my stance on this is that it’s about authenticity. The more that both people can be authentic and hold on who they are, then you have the greatest chance of actually coming together and having a positive, you know, bi directional mirror experience. It’s like the and that is why individual work is so important for a relationship because if you can’t be authentic in terms of how you feel yields are what your response to something, is there something that’s really bothering you or that good stuff that you like, then instead, we do stuff like the push and pull, right? You get close to them and then push them away, or you want to look for the good, and then you’re acting out about the bad. And then you’re like, why am I even focusing on this? Right? All that back and forth, like internal conflict is really the different parts of ourselves that haven’t healed? You know, they’re like, at odds with one another. And so that is why relationships do get better when we do this kind of work. Before Yeah, Michelle, I agree, this is a great question. Why it becomes here to manage a guy though, you’re saying so. But my point is not different here other than to say, that’s still going to be the most powerful. And so it’s less, I think most people think more about their relationship outside of themselves. When it’s like everything that’s happening there is also happening in South, right, so you’re not going to miss that stuff. And I find that kind of reassuring. Yeah, anything that you do there, because you can come more as like, This is who I am. And I’m going to own that instead of hiding from you or trying to be something I’m not or whatever, then conversations can be different. Because part of I think what you’re saying is that some of it isn’t working for you.

Kristen 6:40
Right. And, well, I feel like some of this stuff is just his personality. And so, so it’s like, that’s why that’s like the issue, I think is I’m like, I’m I know, I can’t change him. I don’t even know if I really want to Well, maybe if I could. But it’s like, I mean, there’s stuff I do and stuff about me that

Dr. Alex Golden 7:06
I was thinking about that even if you put in some money, then most thing about this, all of the annoying things that you don’t like about somebody or yourself are almost always the consequences of it. They’re the flip side of the reason you like them in the first place. Yeah. So if you’re like, wow, I really love him. It’s just I feel so safe with him. Things are stable, I feel good. And then everybody’s like, and then I’m bored sometimes. Right? So you’re right, you, you could if you could change him, right? Like, let’s say you could and then you would but then you would have to deal with the consequences of making that decision. The which case you just be kicking the can down the road. Yeah, so that desire is what Megan and I call like, if you could be different than I would be happy. All right, but what did we say? It doesn’t work like that. First, you are internally congruent, which feels good. So that we say we’re in the happy neighborhood, and only then coming forward because right let’s think about annoying works, right? What are the actual options, we can either heal the aspect of ourselves that is triggered by that, too? What’s your point? Right all of the the five interpretations is amazing for getting triggered by somebody’s breaks. Like why do they do the things that they do? Because usually the interpretation is to friggin annoy me instead of you know, they do this because that’s an extension of this really amazing quality of theirs is a very drastically different interpretation that will pick up different emotions. So I’m actually not you have enough things to choose from in terms of tools then I’m not super worried about that and this discussion, right it’s not the how you can poke holes in this or how you can think of it differently because you have the how, but it’s more like when and what is appropriate to use for this because you’re right it’s not nitpick the man until he changes or what ever it is right or, or just accept all of it and then and then just be okay with it. Neither extreme is going to do in this category. It’s always going to be a moment by moment decision making of like, this just came up what is this telling me about myself? What could this mean and right so that that was that one and then what do I need to do about it? Because some things when we are we can really heal the part that’s triggered and watch the person do it. And it’s kind of like watching them in an aquarium right? You’re not like trying to fix the fish. You’re just watching them swim by So it’s like I’m just watching in shoe that state loudly in your mouth, right?

Kristen 22:55
that was so helpful. I’m gonna have to rewatch that. Yeah, I mean, that is very, very, very helpful.

Dr. Alex Golden 23:04
Well, we will wrap up for the week. All right, sending you lots of love. Talk to you soon.

Megan Blacksmith 23:10
Thanks for coming out to hang with us on the podcast. It is our goal to transform the way women are treated in healthcare. And we need your help. We need your help to get the word out. We have a lofty goal of 1 million downloads. And we know that as this podcast grows, we’re going to be able to reach more women get more amazing speakers for you and bring the most cutting edge information.

Dr. Alex Golden 23:32
If you found these pod classes helpful, please take a moment to text five women you know the link to the series. We appreciate your help so much. Can’t wait to see you next time.